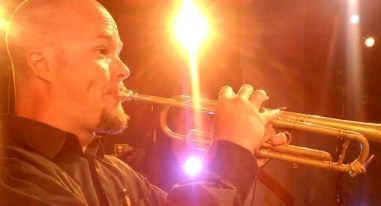 Wow! Check out this Stevie Wonder set from a German TV show back in 1974. Interesting things about this video recording: Stevie plays all of these tunes in almost a suite-like fashion (maybe due to the time constraints of the show?); this performance was taped not long after Stevie had been in a bad car accident (no, he wasn't driving!!) and had been left in a coma for four days; check out this crazy version of "Contusion" - recorded a year and a half before the release of "Songs in the Key of Life." All in all, this set is kinda rough around the edges. But this rawness makes it so, so real and alive. And the band is sick! 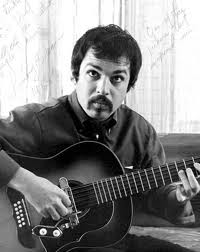 Ever since I was a kid I’ve always been a fan of the guitar and of guitar players. Even though I am a trumpet player, maybe secretly, or now, not so secretly, I’ve always wished that I could play guitar (I’ve tried to play it a few times but I give up quickly as my fingers start to hurt). If you think about it, the guitar might be the most versatile of instruments. In the right hands guitar can be the vehicle for pretty much any kind of music – classical, rock, jazz, flamenco, blues, avant-garde improvised music, country, American folk music, folk music from pretty any culture around the world. And guitars are portable and pretty cheap. Maybe because of this, guitarists of all levels of mediocre are ubiquitous. But out of this sea of dime-a-dozeness, rises some really great players. Every town has them, smoking rock players, or burning jazz players. But every once in a while there is a guitarist who really transcends the instrument, transcends styles and genres. These guitarists are freaks. And I mean that in a good way, the best way. Lenny Breau was a freak. 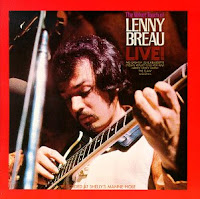 I was first introduced to Lenny Breau’s playing about eight or nine years ago. My guitar-playing buddy Richard Somerville said “Hey man, you really should check out this cat, Lenny Breau. You would really dig him.” Richard loaned me “The Velvet Touch of Lenny Breau.” I was blown away, to say the least. This guy was playing everything, literally everything there was to play on the guitar. Jazz, swing, country, Indian-inspired raga, flamenco, classical playing that would make Segovia smile. And the music sounded so good, not forced considering all of the styles that he played. It was smooth and personal and intimate music. And when it wanted to, it swung its ass off. I was hooked. I love finding new guitar players to check out. Lenny was my new guy. His music was hard to find though. I was on a journey. 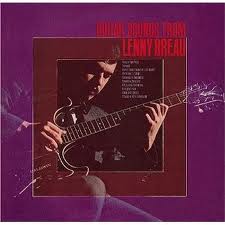 I spent the next few years occasionally looking for Breau records. Nowhere to be found in the used record shops. I finally got a hold of the 1968 album “Guitar Sounds of Lenny Breau” – the first Breau major label record (RCA), “The Velvet Touch” from 1969 being the follow-up (on a side note: guitar legend Chet Atkins, an early influence on Breau, is the one who brought Lenny to RCA and supervised the making of these two albums. Chet became Lenny’s lifelong friend, mentor, and champion). “Guitar Sounds” had some great covers on it: Ray Charles, The Beatles, Bob Dylan, Elizabeth Cotton (“Freight Train” – yes! Watch this!), Hank Williams, but only one original “Taranta.” “Velvet Touch” allows for more originals, and they are all good and. From these two records it was so clear to me that Lenny Breau was an artist, a master musician who could interpret other composer’s material as well as compose his own. But after these two records there was nothing. Nothing really for more than ten years, and even then those late Breau recordings, though they show some absolute brilliance, they can be uneven and thus never wholly live up to his promise. Why? What happened? 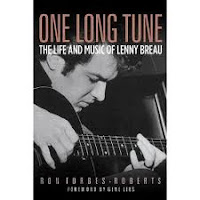 The story of Lenny Breau is another one of those tragic artist stories – greatness silenced by the perils of addiction. In 2006, a new biography about Lenny Breau was published: “One Long Tune: The Life and Music of Lenny Breau” by Ron Forbes-Roberts (Univ. N. Texas Press). I took this book out of my library and tore through it. Lenny was a fascinating guy, troubled, talented, and a total mess. Reading between the lines, the guy was messed up, emotionally stunted by a showbiz childhood – his parents were country music performers (from Maine [!] and then Canada) and their son Lenny was a child prodigy. Breau’s story reminds me, in a way, of Bix Beiderbecke’s: a super-talented artist pushing himself to achieve virtuosity just to show his parents (in Breau’s case it was his father) that he had made something of himself, had achieved greatness with his music, only to be completely crushed by the parents not acknowledging those achievements and talents. Bix drank to push those feelings away. Lenny drank and did every drug he could get his hands on. Lenny was a good-looking guy when he was young; he was, by all accounts, a really nice guy who was obsessed with guitar and music. 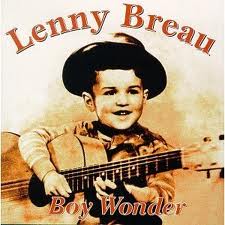 But maybe due to the nomadic nature of his childhood, Lenny never really grew up. He never learned the life skills to be able to function as an independent adult. His whole life was wrapped up in the guitar and in making music. His looks and his abilities should have made him a star. But his career never really took off. Instead, his career was a series of hopes and crashes. Whenever it seemed like things were going to take a turn for the better, like things were really going to happen this time, Lenny would screw it up, showing up high or drunk, or not showing up at all. So many people took chances (and spent money) on Lenny – he was basically a sweetheart of a guy and he could play guitar like no one who ever lived so everyone wanted success for him – but Lenny paid them back by failing. He should have been a household name. Instead, he’s a guy whose albums are really hard to find, and someone who is primarily remembered only by guitar players who are blown away by his finger-style and harmonics playing. 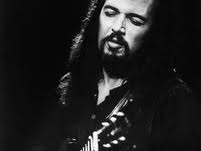 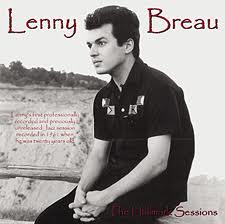 A couple of weeks ago, I picked up a used copy of “The Hallmark Sessions” – a series of recordings, only first released in 2003, that Breau made in Canada with two friends – Rick Danko and Levon Helm (remember them from a little band called The Band! – did you know that those two could swing like that? I didn’t). Lenny Breau was only 20 (!!!) when he made these recordings back in 1961. Good Gravy! That’s just too much guitar for a kid that age to be playing. The crazy thing is, you can hear everything that he was to become. Sure there are moments of youthful over-playing, but there are also moments of shocking tenderness and maturity of phrase and touch. What a joy to hear these recordings. At a tender age, Lenny Breau was already an original and a true virtuoso. You can hear where he came from and where he was going. You can hear the love of jazz, the country music that is a part of his DNA, the interest in flamenco and classical forms, and you can hear how he was really stretching into the artist that he would become and maybe the true-to-himself artist he should have been – he might have been the greatest guitar player ever.

Lenny Breau died face down in a Los Angeles apartment building swimming pool. He was only 43. Signs point to his deranged wife as being his murderer but the case was never solved. If you are unfamiliar with the Velvet Touch of Lenny Breau, do yourself a favor and check out his music – it really is transcendent. And if you enjoy interesting biographies, specifically musician biographies, “One Long Tune” is an excellent read.

Check this out – YouTube scores again! Watching this film (made by Lenny’s daughter – an effort to make some sense of her father’s tragic life) again left me feeling truly sad but also grateful, inspired, and touched. Lenny really made an impact. He was a genius. And his music absolutely endures.

There’s more YouTube Lenny Breau out there. Check it out!
Posted by Outside Pants at 12:04 PM 1 comment: